Marine Corps Base Camp Lejeune, in Jacksonville, North Carolina, is the site of an environmental and public heath disaster that may have affected more than one million people.  From 1953 to 1987, water supplies at Camp Lejeune were contaminated with a number of hazardous chemicals linked to a range of serious health conditions, including most cancers, birth defects, Parkinson’s, and other potentially life-threatening illnesses.

Chad Maloney and his team at Goldberg, Goldberg & Maloney are actively fighting for Camp Lejeune victims.  We believe Marines signed up to serve their country at great risk to themselves.  They did not sign up to be poisoned, or have their families poisoned, by toxic drinking water. 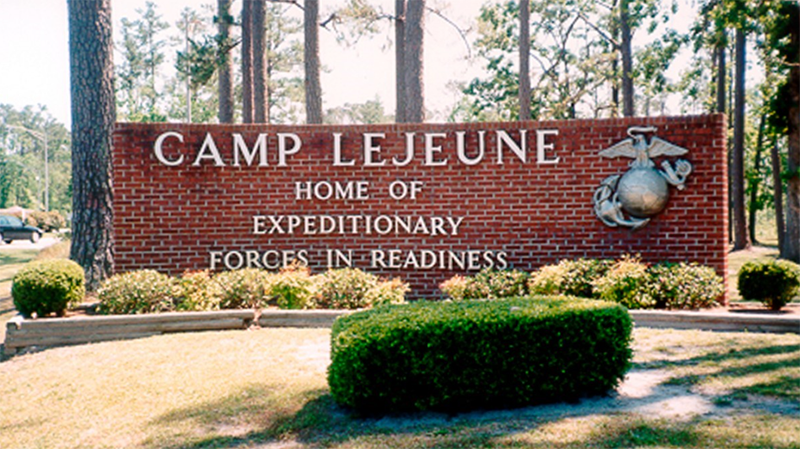 You may be eligible for compensation if:

Why Choose Chad Maloney and Goldberg, Goldberg & Maloney to Fight for You and Your Family?

Because This Fight Is Personal for Us. 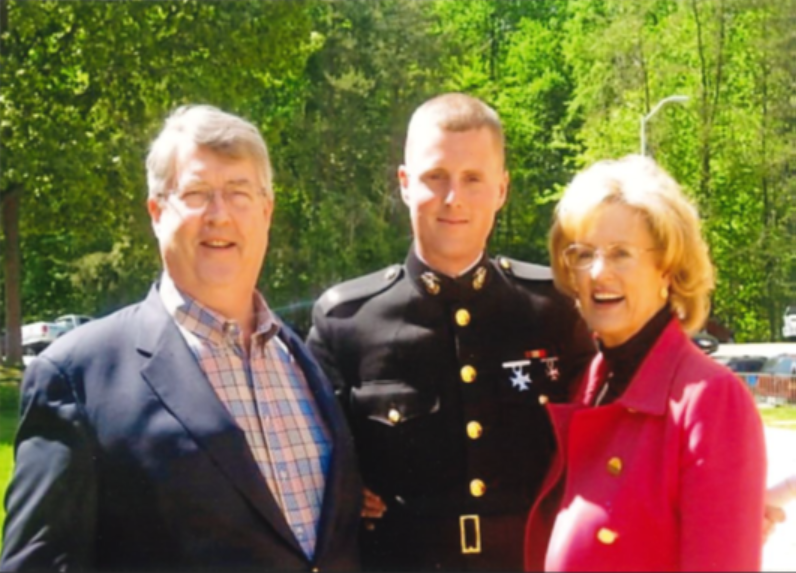 Chad and his parents, Chuck and Carole Maloney, at Chad’s graduation from The Basic School, Quantico, Virginia.

Or Reach Out By Filling Out This Form!

For 34 years, Camp Lejeune’s water supply was contaminated with volatile organic compounds (VOCs).  These contaminants entered the Camp Lejeune water supply from leaking underground storage tanks, industrial area spills, improper waste disposal, and solvents from a nearby dry cleaner.  The water contamination spanned the entire area of Marine Corps Base Camp Lejeune, including base housing and training facilities.  The individuals exposed and injured by this contamination are not limited to people who spent time at Camp Lejeune.  Individuals working and living at the adjacent Marine Corps Air Station New River may also have been exposed. 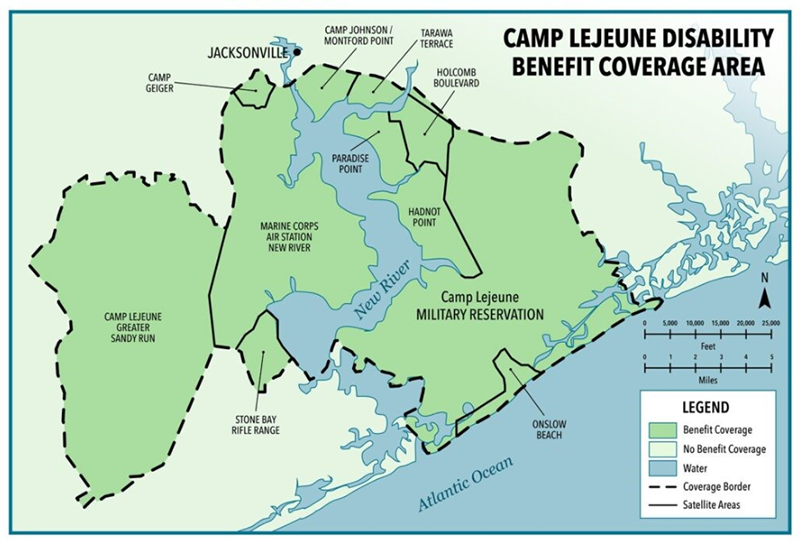 What health issues are related to Camp Lejeune’s water contamination?

It is well established that frequent or large exposures to pollutant VOCs in drinking water are linked to several serious health conditions, including cancer, neurological damage, and other illnesses.

Thousands of men, women, and children who were exposed to contaminated water during their time serving or living at Marine Corps Base Camp Lejeune or Marine Corps Air Station New River have developed, and many died from, the following health conditions:

On August 10th, 2022, the PACT Act was signed into law.  As part of the PACT Act, the Camp Lejeune Justice Act was passed, granting anyone who served, lived, or worked at Marine Corps Base Camp Lejeune or Marine Corps Air Station New River between 1953-1987, who has suffered or is suffering from illnesses or other health impacts caused by the toxic water contamination at Camp Lejeune, the ability to file lawsuits against the federal government for full and fair compensation. Upon signing this new law, the President of the United States said, “The PACT Act is the least we can do for the countless men and women, many of whom may be in this room for all I know, who suffered toxic exposure while serving their country.”

How do I file a claim based on the Camp Lejeune water contamination?

Please fill out an inquiry here, or call Goldberg, Goldberg & Maloney directly to schedule a call, in person meeting, or zoom meeting with Chad to discuss your case.

What if I spent 30 days or more at Marine Corps Base Camp Lejeune or Marine Corps Air Station New River from 1953-1987 but do not currently have any health concerns?

You should still contact Chad and his team to talk about medical monitoring and what rights you have if health conditions arise at a later date due to your exposure to the toxic water supply at Camp Lejeune.

What will filing a lawsuit cost me?

All cases are handled on a contingency fee basis.  That means our clients never pay any up-front costs or fees.  We only get paid when we get you a recovery.